Offered by the SheVille Team on February 16, 2021. Posted in Featured, Home & Community, Outdoors & Adventures, We Remember 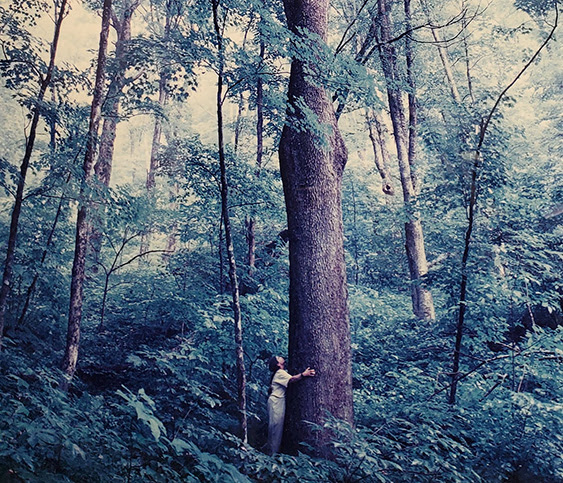 Norma was a champion of old-growth trees, having assisted with a seven-year study that located 78,000 acres of previously unknown old-growth forest in the Nantahala and Pisgah National Forests. Later research increased this to about 100,000 acres.

In her time with MountainTrue, Norma served as Community Organizer working in our Asheville and Franklin offices. She assisted with a variety of issues, including timber sales of concern, relicensing of Western NC dams by the Federal Energy Regulatory Commission, clean air issues, and community greenways. Norma was also an artist and crafter who created beautiful handmade pottery. Though she had advanced Alzheimer’s disease, it was Covid-19 that ultimately took her life.

Norma will be greatly missed by MountainTrue and by so many others in these mountains that got the chance to meet her. We will share a tribute with more details about her work and life in our upcoming spring print newsletter. Events & Volunteer Opportunities

SHEVILLE, N.C. (WLOS) — Each year, the U.S. Forest Service temporarily closes off several rock cliff areas in the mountains in order to protect a species of bird known known to nest in the area.

Between Jan. 15 and Aug. 15, certain areas in the Appalachian, Grandfather, Nantahala and Pisgah Ranger Districts will be closed off for recreational activities so that the rare peregrine falcons.

On Jobs And Climate, Attacking The Problem At Its Corp

Great ideas never go out of style, although they might need tweaking. President Roosevelt had a great idea in 1933 when he created the Civilian Conservation Corps (CCC) — his plan to lift the country out of the Great Depression by tackling environmental emergencies and massive unemployment simultaneously. In its nine-year existence, Roosevelt’s all-volunteer “Tree Army” put three million jobless Americans to work planting more than 3 billion trees, paving 125,000 miles of roadways, erecting 3,000 fire lookouts, and spending six million workdays fighting forest fires. The CCC’s work produced trails and structures dotting Grand Canyon National Park and the Pacific Crest Trail that are beloved to this day. CLICK FOR MORE