Offered by the SheVille Team on May 26, 2019. Posted in Outdoors & Adventures, Featured, Performing Arts, Music

One hundred years ago, folk song collector Cecil Sharp made an arduous journey from England to the southern Appalachians in search of a musical holy grail. Sharp was seeking what he believed were the oldest, purest forms of British Isles balladry in oral tradition. 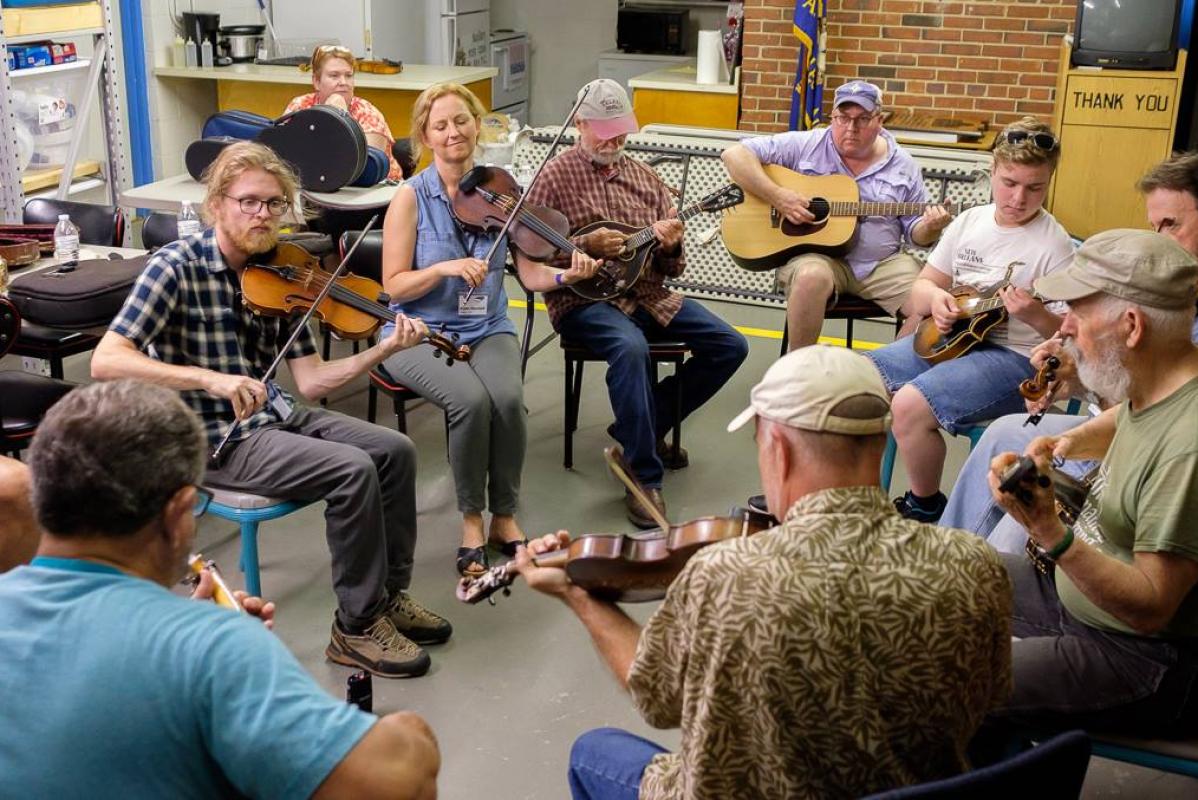 In 1916, he began visiting remote mountain communities in the “laurel country” of western North Carolina. Within weeks Sharp met singers who knew hundreds of folk songs of English, Irish and Scottish origin, along with an equally rich repertoire of American ballads. He and colleague Maude Karpeles carefully documented these performances by hand, and by ear, on front porches and in modest log houses and one-room mountain schools.

What impressed Cecil Sharp as much as the beautiful melodies and powerful narratives of the ballads was the role of music in the lives of the people he visited:

I found myself for the first time in my life in a community in which singing was as common and almost as universal practice as speaking… So closely, indeed, is the practice of this particular art interwoven with the ordinary avocations of everyday life that singers, unable to recall a song I had asked for, would often make some such remark as, ‘Oh, if only I were driving the cows home I could sing it at once.’ … I would go away in the evening with the feeling that I had never before been in a more musical atmosphere. Click to continue

Building on North Carolina’s longstanding love for the arts for 50 years. #ncarts#ncarts50linktr.ee/ncartscouncil