Where do we go from here, and how do we manage the mounting stress?

This week we look at everything from the stress of the pandemic on our children, a brief history on racism in America and institutions taking every step to right systemic wrongs, triumphs and hurdles of wage inequality, and preparing for an inevitable recession. Below is a look at studies and statistics supporting the why behind the article links included in this post.

In a recent study by the Anxiety and Depression Association of America, Autumn Kujawa, Haley Green, Bruce E. Compas, Lindsay Dickey and

Samantha Pegg found interesting, yet not surprising results of stress on young adults:

At the same time, the prevalence of internalizing disorders in the current study must be interpreted cautiously given the sample and lack of data before the pandemic. MTurk participants tend to report higher rates of depression than the general population due in part to younger age, lifestyle factors like lower physical activity and disrupted sleep, but also inclusion of suspicious responses and inattentive participants (Arditte et al., 2016; Ophir et al., 2020). We took several steps to ensure data quality, including reviewing responses to open‐ended questions, excluding participants with fast completion times, and evaluating reliability of measures, suggesting that the high rate of depression is unlikely to be fully attributed to issues with data quality.

Although representative samples are needed to determine the prevalence of depression and anxiety amidst the COVID‐19 pandemic, our results provide preliminary evidence that these experiences may be associated with an increase in internalizing symptoms, followed by a relative reduction in symptoms in June.

When it comes to race in America, this nation has shown its true nature and what it’s shown is heartbreaking. A group of Stanford Scholars came together over this past year to enact real systemic change, examine racism in education, and implement education reform from the gorund up, beginning with their scholarship programs. Historian Clayborne Carson is working to preserve and promote the legacy of Martin Luther King Jr.; sociologist Matthew Clair is examining how the criminal justice system can end a vicious cycle involving the disparate treatment of Black men, and education scholar Subini Ancy Annamma is studying ways to make education more equitable for historically marginalized students.

“The starting point for the center is the recognition that racial inequality and division have long been the fault line of American society. Thus, addressing racial inequity is essential to sustaining our nation, and furthering its democratic aspirations,” said Banks, the Jackson Eli Reynolds Professor of Law at Stanford Law School and co-founder of the Stanford Center for Racial Justice.

This sentiment was echoed by Stanford researcher Rebecca Hetey. One of the obstacles in solving inequality is people’s attitudes towards it, Hetey said. “One of the barriers of reducing inequality is how some people justify and rationalize it.” To learn more about the scholarships they are awarding, visit them online at: news.stanford.edu

How people talk about race and stereotypes matters.

To be an active part of community change, visit Black Lives Matter to get involved with your local chapter and help implement compassionate legislation and bring equality to the forefront in every way.

Gender wealth gaps and wage inequality are what this nation has been conditioned to, and women everywhere are demanding that change—effective immediately. Much like we had to fight for the right to vote, it seems as women stand up we are once again fighting to be given the same opportunities as our male counterparts—and get paid our equal worth. Historically women are paid less than men. In fact to date, women are paid on average 18% less.

In an article in Business.Org, writer Andrew Mosteller says, “Despite attempts to increase the number of loans for women-owned businesses and initiatives to equalize pay across the genders, we still have a significant national gap of 18%.”

That means women make 18% less in their yearly earnings than men.

Here are some numbers to drive it home:

So while we bust our asses working hard, building businesses, and fighting the good fight, the men still haven’t realized … it’s time to pay up. The Nitty Gritty of Pandemic Stress

Our kids deserve a whole lot of grace and gratitude for what they’ve endured.

Parents are dealing with huge demands on their time and energy. Children may not be attending school or involved in regular activities. As the pandemic continues to wreak havoc on families, routines have collapsed, patience is wearing thin and self-care is a distant memory.

Decades of research have taught us that adversity during childhood has damaging effects on health and development. Many studies have shown that kids who have faced abuse, neglect and family conflict struggle forming friendships, have academic difficulties and face physical and mental health problems in adolescence and adulthood.

Fortunately, developmental scientists have identified ways to help children survive and thrive during times of adversity. The beneficial effects of protective and nurturing experiences are powerful antidotes to stress and adversity and prepare children to cope with hard times for years to come.

Families worried about possible long-term effects of pandemic-related disruption can learn from these proven strategies. Here are 10 ways parents can foster children’s resilience during challenging times. CLICK FOR MORE

The Transformational Power of Small Wins

Victories don’t have to be monumental.

By The Ellevest Team

At Ellevest, we love to celebrate our community’s wins, big and small. We’re definitely here for the big milestones — if you just paid off all your debt, bought a house, started that business, got the promotion, we’re going to be right there celebrating with you, because that’s amazing.

But the small wins — the ones that usually go unnoticed, that you don’t usually see people bragging about on social media? We love those even more. Because they have transformational power.

It turns out that we aren’t as productive when we see our goals as too big. It overstimulates our brains, and we can’t deal with them as rationally. But when we focus on the specific things we can do to solve smaller problems, we’re not only able to achieve them, but we’re better able to learn from them and build on their success. Or, as researcher Karl Weick puts it, “small wins are controllable opportunities that produce visible results.”

Who Were America’s Enslaved?

A New Database Humanizes the Names Behind the Numbers

The night before Christmas in 1836, an enslaved man named Jim made final preparations for his escape. As his enslavers, the Roberts family of Charlotte County, Virginia, celebrated the holiday, Jim fled west to Kanawha County, where his wife’s enslaver, Joseph Friend, had recently moved. Two years had passed without Jim’s capture when Thomas Roberts published a runaway ad pledging $200 (around $5,600 today) for the 38- to 40-year-old’s return.

“Jim is … six feet or upwards high, tolerably spare made, dark complexion, has rather an unpleasant countenance,” wrote Roberts in the January 5, 1839, issue of the Richmond Enquirer. “[O]ne of his legs is smaller than the other, he limps a little as he walks—he is a good blacksmith, works with his left hand to the hammer.”

In his advertisement, Roberts admits that Jim may have obtained free papers, but beyond that, Jim’s fate, and that of his wife, is lost to history. READ MORE HERE

There Are No Black People in Africa

A few years ago, I had the pleasure of interacting with a Nigerian co-passenger on a long flight to London. Apart from sharing a common love for Bollywood, we also happened to share the same former colonial ‘masters.’ We chatted for hours about the systems of power in our respective post-colonial countries. During this discussion, I asked her how racism plays out in Africa, an ‘all-black’ continent. To this day, her answer remains the most ingenious thing someone has ever told me.

The Kamala Harris-Ruby Bridges Meme Is Powerful and Polarizing

Ushering in an era of hope and empowerment.

A meme of Vice President-elect Kamala Harris juxtaposed against the silhouette of an elementary-age Ruby Bridges has understandably gone viral after history was made last Saturday. For many people, the meme represents the powerful contributions of Black girls and Black women to our very concept of freedom and democracy. Others, however, question the appropriateness of linking the two.

The image, which is a T-shirt design created by artist Bria Goeller, bites off of a treasured Norman Rockwell painting depicting a six-year-old Bridges walking into her first day of school as the first Black child in the then all-White William Frantz Elementary in New Orleans in 1960. Bridges’ image is layered with an image of a high-heeled Harris walking with power and intent. The implied connection between the two trailblazers is that Bridges, as a child, greatly contributed to Harris’ glass-ceiling-shattering ascension to the office of vice president of the United States decades later. READ MORE HERE

Recession With a Difference

Women are facing financial burdens based on circumstance.

For millions of working women, the coronavirus pandemic has delivered a rare and ruinous one-two-three punch.

First, the parts of the economy that were smacked hardest and earliest by job losses were ones where women dominate — restaurants, retail businesses and health care.

Then a second wave began taking out local and state government jobs, another area where women outnumber men.

The third blow has, for many, been the knockout: the closing of child care centers and the shift to remote schooling. That has saddled working mothers, much more than fathers, with overwhelming household responsibilities. READ MORE HERE

It’s safe to say women are over being paid less for the same work.

By SALLIE KRAWCHECK in MAGAZINE

The gender pay gap gets a lot more play than the gender wealth gap: 145 times more results in a Google search, to be exact.

But the gender wealth gap is way more important. 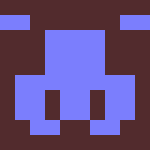 This is a bio