In the heat of a decade year-long war, Syrian Women Are Taking Back the Power and changing history.

Recently on NPR’s, “All Things Considered”, Mary Louise Kelly spoke with author, Gayle Tzemach Lemmon. The discussion was centered on Lemmon’s latest book, Daughters of Kobani. The book takes a critical look at women fighting ISIS and their resilient demeanor and insistence on defeating the terrorist organization and take back the power. These women are not only fighting, but are leading men into battle against a known brutal regime. They are modern day sheroes in every conceivable way, especially considering the mounting tensions they face.

According to a study done by UN Women, some progress has been made when it comes to women’s rights in Syria Arab Republic. Women aged 20-24 years old who were married or in union before age 18 is 13.3% versus those far younger as was the previous cultural standard. But when it comes to gender equality, there is much work to be done. The report states, “As of February 2019, there are only 13.2% of parliament seats held by women. Moreover, women of reproductive age (aged 15-49 years) often face barriers with respect to their sexual and reproductive health and rights: the proportion of women who have their need for family planning satisfied with modern methods in year stood at 53.3%.”

While the lack of studies in place to monitor SDG’s from a gender perspective are modest at best. There are indicators critical areas in need of far more research with gaps in Violence Against Women, Unpaid Care and Domestic Work and Key Labor Market indicators such as Gender Pay Gap. Syrian women also face discrimination based on gender leading to poverty, women’s access to assets including land, physical and sexual harassment, and an environment currently absent of methodologies that would lead to comprehensive and periodic monitoring. Addressing these gender data gaps is a prerequisite for understanding the situation of women and girls in Syrian Arab Republic and for achieving the gender-related SDGs commitments.

5 FACTS About Women in Syria

Below is an excerpt from Kelly’s discussion.

Women Take The Lead In Fighting ISIS In ‘Daughters Of Kobani’

By Mary Louise Kelly in NPR

So much of the news from Syria consists of sad stories of chaos, of brutality, of war. But a new book — while a story about Syria and about war — brings us a refreshing story of hope, of female courage, and of heroes. 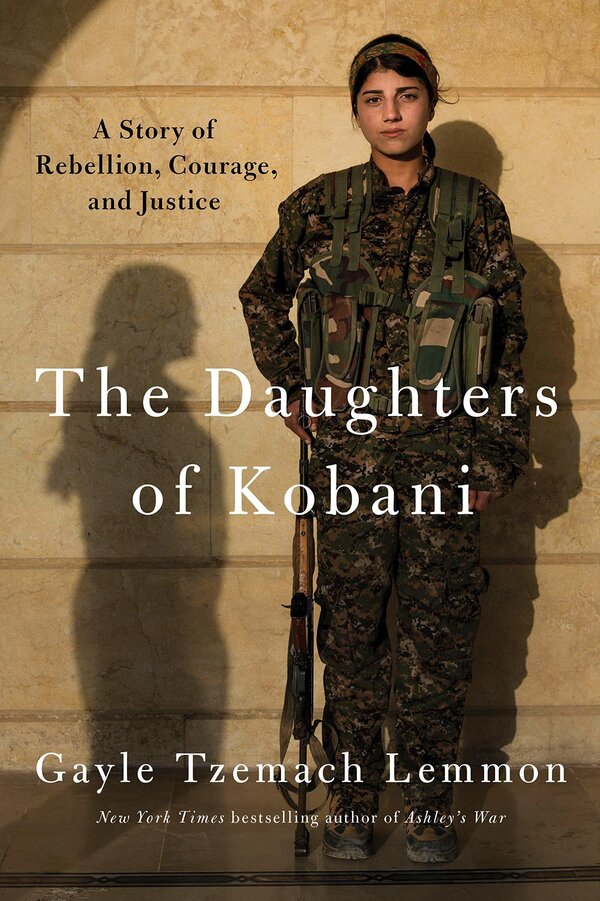 The new book The Daughters of Kobani: A Story of Rebellion, Courage, and Justice is about an all-women militia facing off against ISIS. It’s about a group of women deciding go up against a group that raped and enslaved women.

Author Gayle Tzemach Lemmon, adjunct senior fellow at the Council on Foreign Relations and author of Ashley’s War, spoke with NPR about her new book — a story about a fight for women’s equality.

On how she was drawn into the story

My phone rang and a soldier who was in my previous book, Ashley’s War — about an all-women, special-operations team called me and she said, ‘Gayle, you have to come to Syria. You have to see what’s happening here. There are women who are leading the fight against ISIS. They’re leading men in battle. They have enormous respect from U.S. forces and they’re leading the fight to stop the men who bought and sold women. And they’re not just fighting for the military side. They’re also fighting for women’s equality.’