WMC SheSource helps close the gender gap in news coverage by giving journalists, bookers, and producers access to women experts in a variety of fields from national security and health care to civil rights and spirituality. Our extensive database includes women with a broad scope of expertise, and our experts come from a variety of backgrounds, representing hundreds of subject areas, as well as demographic and ethnic diversity. You can search for experts here by name, issue, keyword, or region. 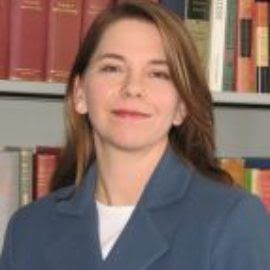 The Iowa Democratic caucuses are on February 3rd. To discuss, we SPOTLIGHT Donna R. Hoffman. Hoffman is an Associate Professor of Political Science at the University of Northern Iowa. She is a frequent commentator on the Iowa Caucuses, electoral politics in Iowa, and the State of the Union Address. Hoffman’s research focuses on both electoral politics and presidential rhetoric. Her research on presidential rhetoric examines the way that presidents communicate their policy agendas with both Congress and the public, especially through State of the Union addresses. Her work on electoral politics examines changes in the partisan composition of the American electorate. Media includes: Time Magazine, Bloomberg News, USA Today, The Wall Street Journal, NBC, WHJJ Radio. CONTINUE Liz Kennedy is the Director of Democracy and Government Reform at the Center for American Progress. Previously, she served as counsel and campaign strategist at Demos, working on voting rights, money in politics, and corporate accountability. She worked to expand political participation by eliminating barriers to voting and empowering voters; to increase transparency and accountability for money in politics to fight corruption of democratic government; and to fulfill America’s promise of political equality. Kennedy has authored or co-authored numerous papers, such as “Automatic Voter Registration: Finding American’s Missing Voters,” “Top 5 Ways Citizens United Harms Democracy & Top 5 Ways We’re Fighting to Take Democracy Back,” “Millions to the Polls: Practical Policies to Fulfill the Freedom to Vote for All Americans,” “The Racial Equity Impact of Secret Corporate Political Spending by Government Contractors,” “Bullies at the Ballot Box: Protecting the Freedom to Vote Against Wrongful Challenges and Intimidation,” “Stop the Next Citizens United: McCutcheon v. FEC and the Crisis of Confidence in American Democracy,” “Democracy at Stake: Protecting Democracy in the Super PAC Era,” and “Citizens Actually United: The Bi-Partisan Opposition to Corporate Political Spending and Support for Common Sense Reform.”  CONTINUE 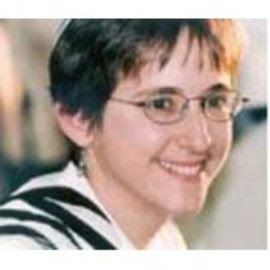 Yesterday was the 75th anniversary of the liberation of the Auschwitz death camp. To commemorate that day, we FEATURE Rabbi Sharon Kleinbaum. Rabbi Kleinbaum has been the Senior Rabbi of New York City’s Congregation Beth Simchat Torah (CBST) since 1992. Under her leadership, CBST has become an important voice in Judaism, in the world-wide discourse on the nature of religious community, and in the movement to secure basic civil rights for gay people everywhere. Rabbi Kleinbaum’s education and experience cut across all varieties of contemporary Judaism: Orthodox, Conservative, Reform, Reconstructionist, and secular activist. Media includes: The New York Times, The Forward, Jewish Week.   CONTINUE

CLICK HERE TO FIND OTHER EXPERTS IN WOMEN’S MEDIA CENTER

We are a one-of-a-kind magazine that provides local, regional, national and international information about women’s lives and education, performing and visual arts and writing, the environment, green living and sustainability and regional Western North Carolina business, people and events. “Villages preserve culture: dress, food and dance are a few examples. As villages grow in population and turn into towns, local cafes make way for large American chains. Handmade leather sandals are discarded for a pair of Western sneakers. Due to its small size, a village fosters a tight-knit sense of community. Justpeace.org explains the meaning of the African proverb, “It takes a village,” by stating that a sense of community is critical to maintaining a healthy society. Village members hold a wealth of information regarding their heritage: they know about the ancient traditions, methods of production and the resources of the land. When villages become dispersed or exterminated in times of war, this anthropological knowledge disappears. Large cities are not as conducive to growing and producing foods such as fruits and vegetables. Villages, on the other hand, usually have ample amounts of land and other resources necessary for growing conditions.” The Importance of Villages by Catherine Capozzi Our Mission SheVille.org provides readers with information important to women’s lives and well-being. We focus primarily on the areas of education & health, business & finance, the arts & the environment. We are particularly interested in local & regional resources, organizations & events.